Why Us? We will help you to give your body what it wants! 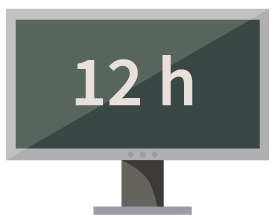 Research is exposing the new quiet killer that is sitting literally, right in front of us. Sedentary workplaces where most people are sitting at desks for two to four hours or more at a time could shorten their lifespan. Being physically active after hours is no safeguard from the danger of prolonged and continual sitting and typing on a keyboard.

This information has come from the ‘45 and Up’ study which included more than 200,000 men and women in New South Wales. It is claimed to be the longest ongoing study in the Southern Hemisphere.

The ‘45 and Up’ study, setup to investigate healthy aging, was managed by the SAX institute which is a coalition of 35 universities, public health and health service research groups, collaborating with the Cancer Council, the National Heart Foundation and NSW health agencies.

“Programmes of the future might need to focus specifically on reducing prolonged periods of sitting as well as boosting the amount of exercise people undertook,” says Professor Bauman from the University of Sydney’s school of public health. (1)